5 Must Read Series with Beautiful Covers

The Selection Series is the first series and my favorite series on this list. The series, written by Kiera Cass, focuses on the post-apocalyptic world 300 years in the future and is set in Illea. It’s made up of five novels and some stories and novellas.

The series follows the story of America Singer and her competition in the Selection. The Selection is the stories version of the Bachelor where a handful of women enter a lottery with the chance of becoming the love of the Prince’s life.

The series evoked all my emotions – I laughed, I cried, I yelled, I stayed up way too late. America quickly became one of my favorite characters ever.

The covers are gorgeous and left me wanting at least one of those dresses for myself. I won’t spoil anything by telling you more; I would highly recommend you read the series yourself.

The Shatter Me Series is the next series on our list featuring gorgeous cover art. The series, written by Tahereh Mafi, is about a young woman, Juliette, whose touch is fatal. The post-apocalyptic world is falling apart – a girl with a deadly touch seems to be the least of their worries.

The series takes place in a future where food is scarce, birds no longer fly, and diseases are killing off the population. The author has not yet finished this series – it currently has four novels and two novellas.

The series is excellent, and each book left me wanting more. The covers are gorgeous, and even the novellas keep with the same “eye” theme.

I’m anxiously awaiting the next book in the series expected to release in 2019, so you have time to grab this series and catch up.

The Lunar Chronicles is another series with gorgeous cover art. The series, written by Marissa Meyer, is the story of Cinder. Each book introduces us to a new main character.

It’s based, very loosely, on the fairy tales of Cinderella, Little Red Riding Hood, Rapunzel and Snow White. The series is made up of four novels and some stories and novellas.

The series follows Cinder as she learns about her past and takes hold of her future. Each of the books weaves Cinder’s story in with the other characters.

I loved that the first book in the series, Cinder, could stand on its own so if you wanted to read just one book you could. The Fairest novel was a great addition to the series and fits well into the story between Cress and Winter.

The series has sci-fi and dystopian feel but the world building is terrific, and I love that the fairy tales don’t follow the stories we all know.

The Covenant Series is the next on our list with beautiful covers. The series, written by Jennifer L. Armentrout, follows the main character, Alexandria, a half-blood born of a Hematoi and a mortal.

What young adult novel would be complete with a love triangle, rule-breaking, and danger. The series contains five books and some stories and novellas.

I will say that having read the Vampire Academy series first I was slightly disappointed by the similarities but if you can get past that it’s a great series to read and in the end redeemed itself and I loved it.

Add it on Goodreads

The final series on our list is the Starcrossed series. The series, written by Josephine Angelini, is Romeo and Juliet meets the Iliad, complete with dramatic love stories, Greek gods, and danger at every turn.

It has three novels and one prequel. The series follows Helen as she learns that she’s not a freak and not going crazy.

I loved this series. The characters were well developed, even the minor players and the action kept the story moving. The cliffhanger endings kept me coming back for more.

Add it on Goodreads

Have you read these series? What’s on your must-read list of books with beautiful covers? Drop me a message or head over to our group and discuss there. 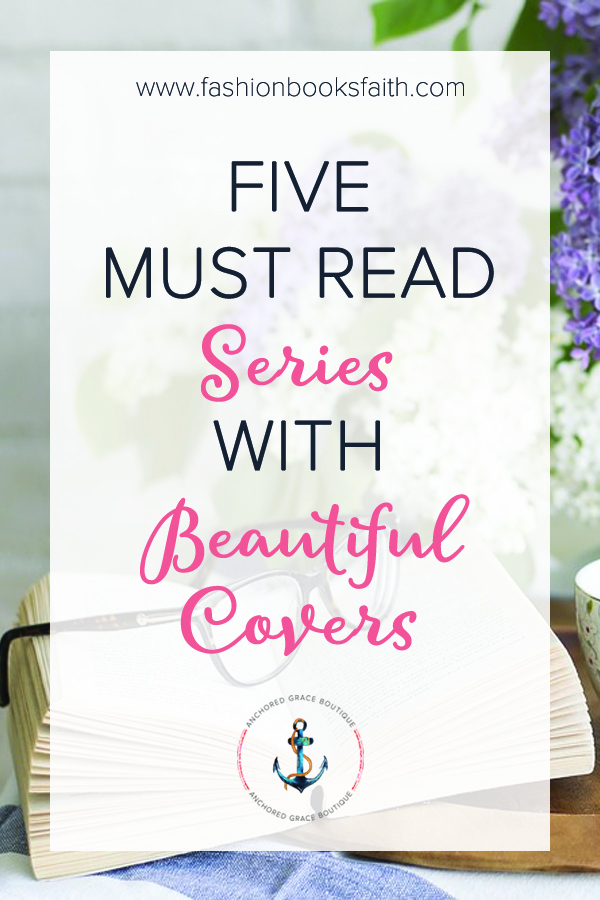